On a ghostly legend trip in Gettysburg, Pennsylvania, author and ghost researcher Mark Nesbitt of Ghosts of Gettysburg, recounts the strangest paranormal experience he’s ever encountered at a home that was a field hospital during the battle. The blood stains are still on the floor almost a century and a half later. 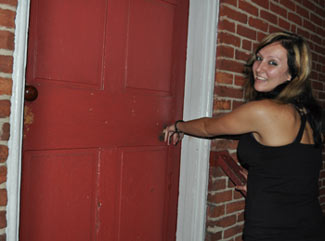