A recent legend tripping expedition to an abandoned crematorium deep in the woods of Westborough, Massachusetts. The crematorium was once used by Westborough State Hospital for the Insane. 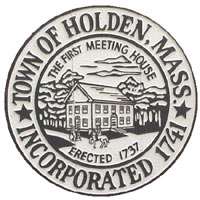 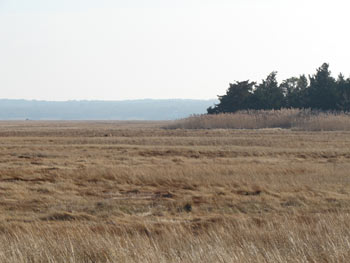 John Winthrop, esquire (1588-1649) has the distinction of being the first elected governor of the Massachusetts Bay Colony. But he also holds a more paranormal distinction…he was the man who documented the first UFO sighting in North America – an encounter that lasted hours and was seen by multiple witnesses.

Winthrop was an English Puritan who sought religious refuge in the New World. He was passionate about his faith, and he believed God would punish England for not expunging any remaining traces of Roman Catholicism from the Church of England. It’s important to note Winthrop’s beliefs because it’s possible he may interpret any out-of-the-ordinary event as being religious in nature.

The pilgrims aboard the Mayflower had already blazed the trail in 1620, so when Winthrop arrived in 1629, an English colony was already well established. The smallpox virus that the English carried to America had wiped out many of the indigenous peoples — and Winthrop viewed the epidemic as God’s way of clearing the land for the good Christians from England.

Perhaps the greatest legacy John Winthrop left behind was his chronicles. He knew there were few learned men in America with the time and ability to document the history as it was being written. Winthrop wrote down the events he witnessed and the stories he heard in a giant tome called The History of New England From 1630 to 1649. It’s in this record that we find the first reference to an anomaly in the sky in North America. In his 1638 entries, Winthrop wrote:

“In this year one James Everell, a sober, discreet man, and two others, saw a great light in the night at Muddy River. When it stood still, it flamed up, and was about three yards square; when it ran, it was contracted into the figure of a swine: it ran as swift as an arrow towards Charlton, and so up and down about two or three hours. They were come down in their lighter about a mile, and, when it was over, they found themselves carried quite back against the tide to the place they came from. Divers[e] other credible persons saw the same light, after, about the same place.”

Today Muddy River is a collection of brooks and ponds that run about three and a half miles from Jamaica Pond near Boston to the Charles River. Charlton is a town about 50 miles southwest of Boston. It’s worth noting that the figure in the sky appeared to turn into “the figure of a swine.” Everell was a leather dresser, meaning he worked with the hides of animals, tanned them, and turned them into leather goods. The “swine” or pig was the only shape in the databanks of his mind that he could relate to.

Winthrop’s account claims the event lasted two or three hours, which rules out any chance of the object being a meteor. 1638 was almost 150 years before the first balloon flights, so the possibility of the object being man-made is also ruled out. The witness also claims that their small boat was pushed back against the tide about one mile (back to where they first set their boat in the water) while they watched the object in the sky. Could this be a “lost time” phenomena? Were they physically moved by the object in the sky? Could it be they were mistaken as to the tide because they were distracted by the unidentified object in the sky? Possibly.

The next question that arises is: Can we trust the witness, Mr. James Everell? A fair question. John Winthrop included a footnote about Everell: “He was a man of reputation, activity and good estate in Boston many years afterwards. With his wife, Elizabeth, he had been received into Boston church 20 of July, 1634, being Nos. 239, 240. His will, made 11 December, 1682, proved 2 February following, is found in our Probate Registry, vol. VI. 400.”

In a second footnote about this event, Winthrop gives some thought as to the cause. “This account of an ignis fatuus [a phosphorescent light that hovers over swampy grounds, also called “Swamp Gas,” “will-o’-the-wisp,” or “ghost lights”] may easily be believed on testimony less respectable than that which was adduced.” But then Winthrop gets skeptical about the sighting. He writes: “Some operation of the devil, or other power beyond the customary agents of nature, was probably imagined by relaters and hearers of that age, and the wonder of being carried a mile against the tide became important corroboration of the imagination. Perhaps they were wafted, during the two or three hours’ astonishment, for so moderate a distance, by the wind; but, if this suggestion be rejected, we might suppose, that the eddy, flowing always, in our rivers, contrary to the tide in the channel, rather than the meteor, carried their lighter back.” Winthrop seems most concerned with debunking the notion of a small boat sailing a mile against the tide than explaining a pig-shaped object in the sky that traversed roughly 50 miles for several hours.

Swamp gas has typically been described as a glowing mass that hovers in one location and then dissipates. It just doesn’t travel like the way Everell described. It’s also fascinating that Winthrop, an overtly religious man, would summarily dismiss any supernatural origins to the story he heard. Perhaps a glowing, flying pig didn’t fit into his understanding of Scripture, so his thoughts didn’t go in that direction.

Besides the one paragraph and two footnotes, Winthrop writes nothing more on the subject of North America’s first UFO.